Nathaniel Hawthorne (1804-1864) was no stranger when it came to telling a scary ghost story. His "Legends of the Province House" was mentioned as being exemplary by H.P. Lovecraft and his 1835 story titled "Graves and Goblins" is quite good. But this post is about Lady Eleanor's Mantle, which floats in at the 16th spot in my countdown of the scary ghost stories for the first half of the nineteenth century.

"Lady Eleanor's Mantle" is a ghostly tale of pestilence and because of that it draws certain parallels to Edgar Allan Poe's "Mask of the Red Death," which is included in my recently published book: The Best Ghost Stories 1800-1849: A Classic Ghost Anthology. Without giving away too much, the horror story contains an insane person and is well worth a read on a moonlit night. Enjoy.
Posted by Andrew Barger at 11:29 AM No comments:

Ernst T.A. Hoffmann (1776-1822), one of the earliest progenitors of supernatural stories, makes his first appearance on this ghost story countdown. The Mines of Falun weighs in at number 17 in the greatest ghost stories for the first half of the nineteenth century. It was first published in 1819 and is et in the storied mines of Falun, Sweden. Many scary stories linked the mines to the supernatural and a rumored tunnel to the center of the earth.

While in my estimation this is Hoffmann's greatest ghost tale, it is not his most original. He admits in Die Serapion Bretheren, Vol. 1, of 1819, that it involves a "well-known thema of a miner at Falun." Regardless, it is the first ghost story I have found in a mine and is well written right to its horrific ending.
Posted by Andrew Barger at 5:44 PM No comments:

Edward Bulwer-Lytton (1803-1873) is known in supernatural circles for penning one of the greatest ghost stories of the nineteenth century: "The Haunted and Haunters." This scary story is not in consideration for this countdown of the best ghost short stories from 1800-1849, however, as it was published in 1857. H.P. Lovecraft called it "one of the best short haunted house tales ever." But enough about "The Haunted and Haunters." 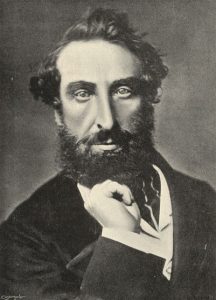 Bulwer-Lytton's second best ghost story is Monos and Daimonos, which floats in at 18 on the countdown. It was published in 1830. The horror story involves a shipwreck, a murder and . . . well . . . a relentless ghost set out for revenge. I hope you enjoy it!


Posted by Andrew Barger at 5:03 PM No comments:

Best Ghost Story 19 from 1800-1849 is Albert Werdendorff; or, The Midnight Embrace by Sarah Wilkinson

Although Albert Werdendorff; or, The Midnight Embrace is not the most artful name in this countdown of the Top 40 best ghost stories for the first half of the nineteenth century, but the story itself is little diminished by it. Penned by Sarah Wilkinson over 200 years ago in 1808, this scary story makes a person think twice about being hugged at midnight. Wilkinson was a early author of the Gothic school along with other stars like Mathew Gregory "Monk" Lewis and Horace Walpole and Ann Radcliffe. I hope you enjoy it.
Best Ghost Stories Anthology
Posted by Andrew Barger at 5:45 PM No comments:

Want to be frightened over the weekend? For a limited time the Kindle version of The Best Ghost Stories 1800-1849: A Classic Ghost Anthology has been dropped to $.99. Read it tonight for a buck. And for those of you in the United States--have a great long weekend!
Posted by Andrew Barger at 3:06 PM No comments: