Christmas is a Time for Ghost Stories 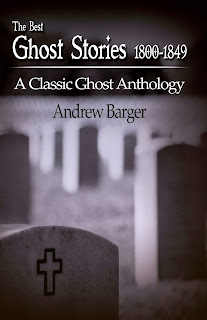 Christmas is a Time for Ghost Stories
http://andrewbarger.com/bestghoststories1800.html


Horror author and humorist Jerome K. Jerome said in his 1891 introduction to an anthology of Christmas ghost stories “Told After Supper," "Whenever five or six English-speaking people meet round a fire on Christmas Eve, they start telling each other ghost stories." In 1963 Edward Pola and George Wyle wrote the popular Christmas song, "It's the Most Wonderful time of the Year," which told of "Scary ghost stories," that are told at Christmastime.
This Victorian tradition should be no different this year. Checkout "The Best Ghost Stories 1800-1849" and "The Best Ghost Stories 1850-1899" that I edited. The books include story backgrounds, annotations, author photos and a foreword titled "All Ghosts Are Gray." Buy PHANTASMAL: THE BEST GHOST STORIES 1800-1849 tonight and be ready to be scared. Boo!
The Tapestried Chamber (1827)
Sir Walter Scott was a leading proponent of supernatural tales in Europe. The Tapestried Chamber is the second oldest scary story in the anthology and contains moments of sheer terror.
Adventure of the German Student (1824)
Washington Irving is best known for "The Legend of Sleepy Hollow," but the Adventure of the German Student" is as compact a fright as one will find in a little ghost story.
The Old Maid in the Winding Sheet (1837)
Nathaniel Hawthorne makes his only appearance with a horror tale that is superbly written. It was also an Edgar Allan Poe favorite.
The Spectral Ship (1828)
Wilhelm Hauff died in his mid-twenties, yet still showed early promise that he could have been one of the all time great supernatural writers. "TheSpectral Ship" leaves an indelible tang of horror.
A Night in a Haunted House (1848)
This anonymous ghost story will make a person think twice when they hear a thump coming up the stairs.
The Mask of the Red Death (1842)
"The Mask of the Red Death" is perhaps Edgar Allan Poe's finest ghost story. The writing and symbolism are unparalleled for this period in question.
A Chapter in the History of a Tyrone Family (1839)
Joseph Sheridan Le Fanu was the early king of the short ghost story. He would later publish "Green Tea," which is contained in BEST HORROR SHORT STORIES 1850-1899: A 6A66LE HORROR ANTHOLOGY.
The Deaf and Dumb Girl (1839)
This anonymous ghost story is collected for the first time in any anthology since its original publication in 1839.
The Legend of Sleepy Hollow (1819)
Washington Irving's most popular ghost story--and perhaps the most popular ghost short story of all time (assuming Dickens's "A Christmas Carole" is a novella)--is "The Legend of Sleepy Hollow." Although typically disfavored in a scary ghost story, it is one of the first to do it without losing the element of terror and it is the oldest in the Top 10, which gives the story high marks for originality and creativity. 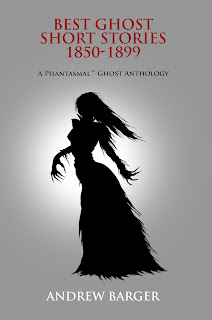