In Search of Harper Lee - A Curious Visit to Monroeville, Alabama


With the ink still wet on the first edition printing of Harper Lee's first book -- Go Set a Watchman -- I set out myself to the historic town of Monroeville, which is billed as "The literary capital of Alabama." So many great writers have come from the little town (Nelle Harper Lee, Truman Capote, Mark Childress, etc), it is impossible to dispute its self-given title. As I strolled its Southern-baked streets, I felt as though I was living history.

The Monroeville courthouse took my breath away as I turned the corner. The film of To Kill a Mockingbird was not filmed there, but a nearly exact replica was used for the Hollywood soundstage of the film. I expected to find the place jam packed with visitors, but there were only a few. This meant I was able to get great shots of the interior of the courthouse. If only those pews could speak!

I was also surprise that the town was not charging for admittance into the courthouse. I gladly would have paid $20 or more for the chance to get inside. In the gift shop I overheard a guy saying that his grandfather knew Harper Lee. It seemed that everyone I met in Alabama had a connection to Harper or Monroeville.


The remains of Truman Capote's house were also cool to see. To me he was the best writer to come from the little town. Next to the stones of Capote's house is an ice cream shop that sits on the grounds of Lee's childhood home. On the day I visited it appeared out of place, foreign, a sugary intruder of literary heritage. How both homes were not preserved is a tragedy.


I never did run across Harper Lee. She is in a rest home in Monroeville. But I felt her presence there just the same as if she was standing next to me. She will always be there.

Posted by Andrew Barger at 11:42 AM No comments:

First Use of "hell's bells" in Literature 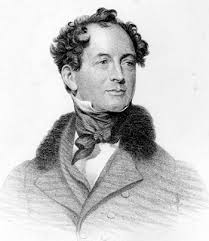 On a rainy day last weekend I was sitting around with nothing much to do and I started thinking about the origins of a now common term--hell's bells--thanks to a ringtone I heard go off. I began wondering from whence it came. And having the sometimes curse of a quizzical nature, and much time on my hands, I set about to find out.

For the risk of sounding like the title of an Ayn Rand novel, we the living have heard the popular AC/DC rock tune "Hell's Bells." Surely AC/DC was not the first to use the phrase. Like many classic terms and phraseologies, I knew it had to come from literature. But when?

The Bible tells us hell is a place of eternal damnation where the worm does not die and the fire is never quenched. That doesn't sound like a place that has chiming bells. I also knew that I did not uncover the first use in my research on Dante's The Divine Comedy for The Divine Dantes trilogy.

My guess was that it came out of nineteenth century literature; perhaps by Edgar Allan Poe. I reread his poem "The Bells" and it was nowhere to be found. I finally found it used in an unexpected place. I was right about it being in the nineteenth century, but I expected it from a horror author.

Instead, I found it used by Thomas Moore (a very un-horror writer) in his "Tom Crib's Memorial to Congress," published in March 1819. Tom Crib was a well-known pseudonym of Thomas Moore, who was an Irish entertainer and poet. His memorial poked fun at an inept congress and included the following great lines:

Seeing as how, I say, these Swells
Are soon to meet, by special summons,
To chime together like “hell's bells"

And there you have it. The first use of "hell's bells" in literature was not by Edgar Allan Poe or H.P. Lovecraft. It was by an Irish poet named Thomas Moore.

Posted by Andrew Barger at 6:19 PM No comments: