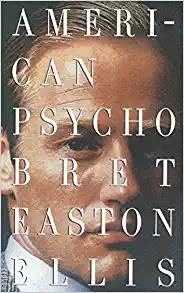 In PDF form, here is a list of songs about books - novels, short stories and poems. Since this week the list is authors with a last name starting with E, Brett Easton Ellis of American Psycho fame and Ralph Waldo Emerson sit firmly in the middle of it.

Enjoy and follow my blog to be notified about other great songs inspired from books as I move down the alphabet of authors.

Posted by Andrew Barger at 1:15 PM No comments: 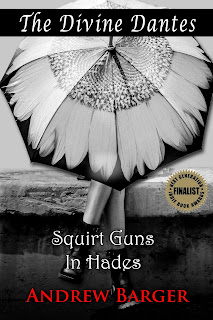 In PDF form, here is a list of great songs that were inspired by novels, short stories and poems. Since this week the list is authors with a last name starting with D, Emily Dickinson and Dante sit firmly in the middle of it. Dante, of course, inspired my trilogy that follows the characters of The Divine Comedy in a messed up modern world.

Posted by Andrew Barger at 12:54 PM No comments: 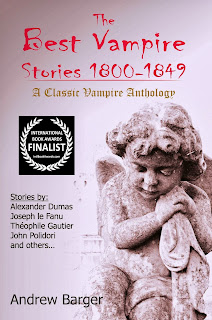 My classic vampire anthology, which was a finalist in the International Book Awards, is now available for purchase at Target.com. Unearthed from long forgotten journals and magazines, I found what I believe to be the very best vampire short stories from the first half of the 19th century. They are collected for the first time in this groundbreaking book on the origins of vampire lore.

I added my scholarly touch to this collection by including story backgrounds, author photos and a foreword titled "With Teeth." The ground-breaking stories are:

Posted by Andrew Barger at 2:49 PM No comments: 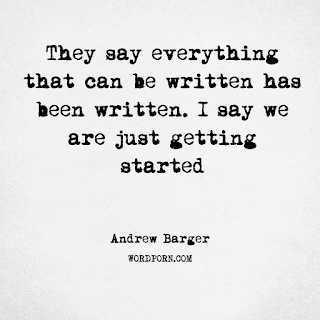 We know that literature can be life changing. Great literature not only stands the test of time, but it can inspire songs by modern bands. I have been compiling a list of novels, short stories, and poems that have inspired modern songs. It is a very long list so I will be breaking it up alphabetically. This week we are moving on authors whose last names start with C. Think Camus, Capote, Cervantes, Coleridge, etc.