The start of 2016 has blessed us with a fantastic film adaptation of Leo Tolstoy's War & Peace. This BBC series is running now so there is still time to catch up on first couple episodes before the climatic ending.

And while many have read War & Peace and Anna Karenina, his classic novels, few have read Tolstoy's short stories or his excellent novellas that weave similar tales of love, war, peace and give a picture of Russia at the height of its powers.

Check out the BBC version of War & Peace this weekend.

Posted by Andrew Barger at 4:20 PM No comments: 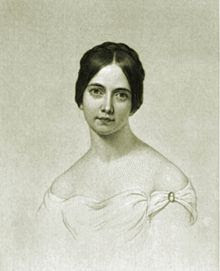 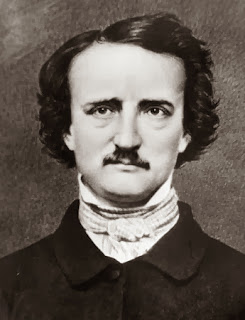 In late January of 1846 the death of Virginia Poe was but a year away (January 30, 1847) and Frances Osgood was four months pregnant with Fanny Fay. As Virginia’s health continued its downward spiral, one can imagine the rumors “A Valentine” brought when recited at the home of Anne Lynch on Feb 14, 1846. The poem was written by Edgar Allan Poe to Francis Osgood. Virtually undetectable at its reading, the poem is an acrostic that spells the full name of Frances Sargent Osgood. At its recitation, all in attendance wondered to whom it was addressed. In this original, Poe misspelled her middle name as “Sergent.”

For her these lines are penned, whose luminous eyes,
Brightly expressive as the stars of Leda,
Shall find her own sweet name that, nestling, lies
Upon the page, enwrapped from every reader.
Search narrowly these words, which hold a treasure
Divine—a talisman, an amulet
That must be worn at heart. Search well the measure—
The words—the letters themselves. Do not forget
The smallest point, or you may lose your labor.
And yet there is in this no gordian knot
Which one might not undo without a sabre
If one could merely comprehend the plot.
Upon the open page on which are peering
Such sweet eyes now, there lies, I say, perdus,
A musical name oft uttered in the hearing
Of poets, by poets—for the name is a poet’s too.
In common sequence set, the letters lying,
Compose a sound delighting all to hear—
Ah, this you’d have no trouble in descrying
Were you not something, of a dunce, my dear—
And now I leave these riddles to their Seer.

Posted by Andrew Barger at 5:32 PM No comments: 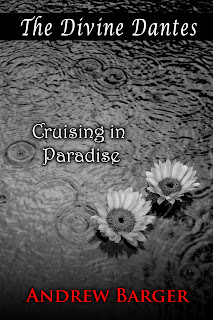 
There are better things to do today than think about the Superbowl. Okay. Well. Maybe not. I still wanted to publish the cover to book #3 of The Divine Dantes Trilogy that finds young rocker Edward T. Nad on a cruise with his beloved Beatrice. By the end of the month I'll let you know where Cruising in Paradise is available. And if you have a moment or two, now that football ends tonight, you can catch up on the first two books in the award-winning trilogy that follows the characters of Dante's The Divine Comedy in a modern world. 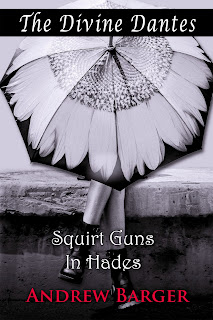 
“[A] lively and good-natured work with a great deal of humor . . ..”
Publisher’s Weekly Reviewer

“[R]eminds me a little of the fun I find in Carl Hiaasen or Christopher Moore, but he definitely has his own vibe . . ..”
Breakthrough Novel Award Expert Reviewer

A Best Second Novel award finalist in the Indie Book Awards, "The Divine Dantes: Squirt Guns in Hades" is the first in a trilogy of laugh-out-loud books paralleling Dante Alighieri's classic poem, "The Divine Comedy," where the characters of The Inferno are encountered in modern times with surprising results. At the center is Eddie, a young rocker who is heartbroken after his girlfriend, Beatrice, leaves for Venice. This not only ends their relationship, but also the world's greatest two-person rock band. At Beatrice's request, Virgil-their erstwhile manager-cum-travel-agent guides Eddie to Europe to meet her without Eddie being in on the secret. Will Eddie want to see Beatrice? Will the band get back together? And if it does, can Eddie settle on a name for it? Read this literary, rock, love story today! 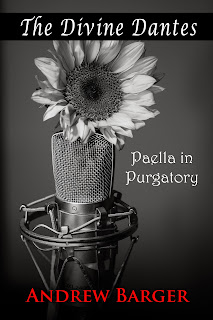 Book 2 of The Divine Dantes's Infernal Trilogy finds Eddie and Virgil in Barcelona, Spain. Eddie, the young rocker with an active mind, thinks they are there to get on a cruise. Virgil, however, has tricked Eddie and arranged for Bea to secretly meet them. Meantime, Virg and Eddie visit famous Barcelona landmarks (La Sagrada Familia, Park Guell, La Rambla Street, etc) as Eddie adds his trademark commentary. Will Eddie speak to Bea when she arrives? And if he will, does their two-person band get back together?

Posted by Andrew Barger at 3:52 PM No comments: