Robert Smith of The Cure and Morrissey Feud -- A Chronology 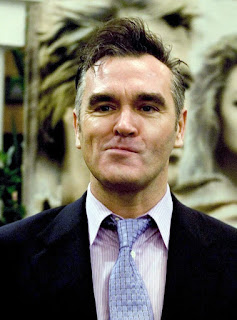 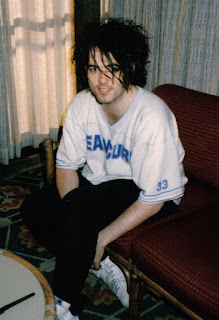 The spat/feud/disagreement (whatever you want to call it) between Robert Smith of The Cure and Morrissey, formerly of The Smiths, has been percolating since 1984 when Morrissey first mouthed off to the press. Here is what my research found on the web. Enjoy.
1984
UK music magazine The Face: "If I put you in a room with Robert Smith, Mark E. Smith and a loaded Smith and Wesson, who would bite the bullet first?"
Morrissey: "I'd line them up so that one bullet penetrated both simultaneously (chuckle). Mark E. Smith despises me and has said hateful things about me, all untrue. Robert Smith is a whingebag. It's rather curious that he began wearing beads at the emergence of The Smiths and (eyes narrowing) has been photographed with flowers. I expect he's quite supportive of what we do, but I've never liked The Cure... not even 'The Caterpillar'."

When told about the comment, Robert Smith said, "At least we've only added a new dimension in crap, not built a career out of it."

In the same article Morrissey added, "McDonald's bombed and Robert Smith popped (both actions require a similar voltage of explosives)."

1993
US music magazine SPIN, titled "Happily Ever After" for the November issues of 1993, Robert Smith stated: "I have never liked Morrissey and I still don't. I think it's hilarious actually, what things I've heard about him, what he's really like, and his public persona is so different. He's such an actor. There's one particular photo of Morrissey in his swimming trunks sitting by the pool in Los Angeles. I bet that one hasn't been approved!"

1997
US music magazine Rolling Stone, Robert opined: "I’d much rather have our fans than his — our fans are generally quiet, well-spoken and friendly and not pretentious in the slightest. Hopefully, that reflects the nature of the Cure. Despite what the mainstream media would have you believe, we’re a very natural group. The people who have been in the group over the years have been there because they have been friendly with each other. There has been no sense of purpose other than making music together. I think if Morrissey’s fans reflect what Morrissey is like as an individual or the way he projects himself as an individual then ... uh ... I’ll stop there."

2004
In the US Hollywood magazine Entertainment Weekly, Smith said about Morrissey: "He was constantly saying horrible things about [The Cure]. In the end, I kind of snapped and started retaliating. And it turned into some kind of petty feud. I've never liked anything he's done musically, but I don't have any kind of strong feelings of animosity towards him as a person because I've never met him."

Through the Years - Miscellaneous Statements
"The press tries to portray me as a gloom-and-doom-singer. But take a look at Morrissey. That man is a professional complainer!”"

"There's nothing that links Morrissey and The Cure in my mind," Smith commented. "As the years go by, it's very easy to think we were from the same generation, but we're not. The Cure recorded our first album in 1978 - we were on our third or fourth album by the time the Smiths started."

"[Morrissey] has been away for a number of years and has come back I think to capitalize on this resurgence of interest in a particular period of time," Smith says. "That has nothing to do with the Cure. We've been playing constantly every year for 25 years. We're a living and breathing band."

"Morrissey’s so depressing, if he doesn’t kill himself soon, I probably will."

"If Morrissey says not to eat meat, then I’m going to eat meat; that’s how much I hate Morrissey."

"fat clown with makeup weeping over a guitar."

By Andrew Barger - Author of the Rock trilogy of novels: The Divine Dantes.

Review of Sometimes a Great Notion by Ken Kesey 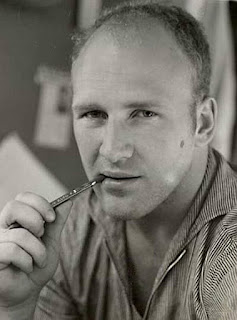 Sometimes a Great Notion is an anti-union manifesto, a work of flowing literature that should be studied in the cloistering halls of higher learning--not as much for its deep meaning, but rather for the structure of its text (I dare a professor to take any one of the 600+ pages and study it for an entire semester), a masterpiece of prose, the second novel by The Great Ken Kesey, a juxtaposition of two brothers that has been unequalled since Tolstoy.

Sometimes a Great Notion was published in 1964 and Kesey's next novel would not be published until 1984 when Demon Box (a collection of short stories thinly-veiled as fiction) was launched. What was this supremely talented author doing for 20 years? Most would claim it was drugs. Kesey had spent time in clink to prove it. Who knows? And when he finally rid himself of the Technicolor synthetics flowing through his veins, his brain was fried into a pigskin cracklin'. Instead of the psychedelics unlocking fantastic worlds, they seem to have hidden them away from Kesey in a demon box.

Sometimes a Great Notion at times becomes a long-winded bore over vast swaths of pages. It makes one wonder if Ken Kesey lost the Oregon forest through the trees on which his characters hack out a living. At times he tries to be too literary. But Kesey pulls it out in the last 200 pages to a wonderful conclusion. A side note on the movie of the same name starring Robert Redford and Henry Fonda--skip over like a rolling log! It's a real Hollywood hack job that treats the novel as though it was a short story.

Sometimes
a
Great
Notion, in the hands of a master, is the closest you will ever get to the logging world of Oregon and the real-to-life characters Kesey created.

By Andrew Barger - Author of The Divine Dantes trilogy