Setlist by The Cure in Miami at Bayfront Park 2016 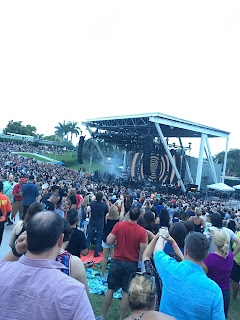 The Cure gave it all they had in the Miami heat last night, continuing their 2016 US tour is usual fashion by wowing fans with new set lists every night. June 26th was no exception with the first performance of "A Strange Day." The voice of Robert Smith was clear and easily reached above the classic music of the band.

Speaking of the band, it was tight, fronted by 5 world-class musicians, and backed by an array of digital backdrops that related to the particular song they were playing. It would have been more artistic if the backdrops had old photos of The Cure in certain places. The best one was "One Hundred Years" that depicted war scenes as the song punched the audience in the ears in unrelenting awesomeness. Enough said on my Cure blog: http://disintegrationnation-cureblog.blogspot.com/

If you are in Miami, try to get tickets to tonight's show, though it won't be easy seeing how it's sold out yet again. While you are at it, check out these cool stats about the number of songs The Cure has played from each album on this tour: http://www.setlist.fm/stats/albums/the-cure-6bd6b266.html?tour=2016+North+American+Tour

If Only Tonight We Can Sleep

From the Edge of the Deep Green Sea

Piggy in the Mirror


#CureSetList #CureMiamiSet
Posted by Andrew Barger at 4:35 PM No comments:

Barnes & Noble takes 20% off Any one item via coupon code "BNLOVEDAD". Plus, the same coupon bags free express shipping for all orders. A great deal for dad or the Poe lover on your list is Edgar Allan Poe Annotated and Illustrated Entire Stories and Poems. 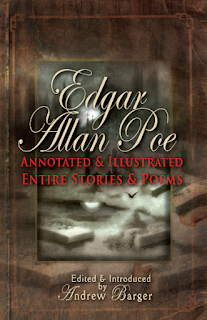 Posted by Andrew Barger at 7:15 PM No comments:

The Cure Pay Homage to One of Prince's Most Literary Songs

Here on The Cure blog I reported that Robert Smith listed "Starfish and Coffee" as his favorite Prince song from the 1980s. Cool, right? It's one of the purple one's more literary efforts and he even played it for the Muppets.

Robert Smith again paid homage to the song. On his guitar was written a lyric from "Starfish and Coffee": "it was 7:45 we were all in line" Check out the photos at Glide Magazine.


#RobertSmithPrince #SmithPurpleguitar
Posted by Andrew Barger at 4:52 PM No comments: