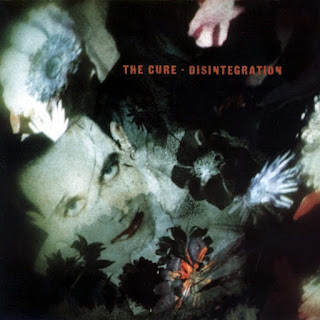 It is well known that Robert Smith writes the lyrics for Cure songs. In my view, he is one of our greatest modern poets given his depth of feeling, artistry, and what Edgar Allan Poe would call "versification." There is little to no didacticism, or moralism, in Smith's lyrics.

One song from The Cure's Disintegration album jumps out at me as Smith's greatest sonnet. It is the first song on the 1989 album and titled "Plainsong." I believe it a song that quotes his wife, Mary, when the two are standing in a cold wind that makes her feel like she is dead. Smith provides nothing about the setting of "Plainsong." The song is the cheeriest on the classic album.

Smith certainly intended it to be a sonnet, which has 14 lines of verse. The first two stanzas are quatrains. The third stanza has three lines and the last is a singular line. Of course there are no rules in poetry and Smith broke the standard English rule that each of the line of sonnet must contain 10 syllables.

You can read the lyrics to "Plainsong" on The Cure's official website. Note that the last line is not separated below the third stanza as it is on the album cover.

Posted by Andrew Barger at 11:48 AM No comments: